Carl Emil Johnson turns 101 on November 23, 2022. He went through the Great Depression, served in the Marine Corp during WWII, and worked as a chemical engineer in the photographic industry. He also has numerous patents for photographic paper, but says humbly, “they’re just patents!”. When you meet Carl, you would never think that he has made 100 trips around the sun. 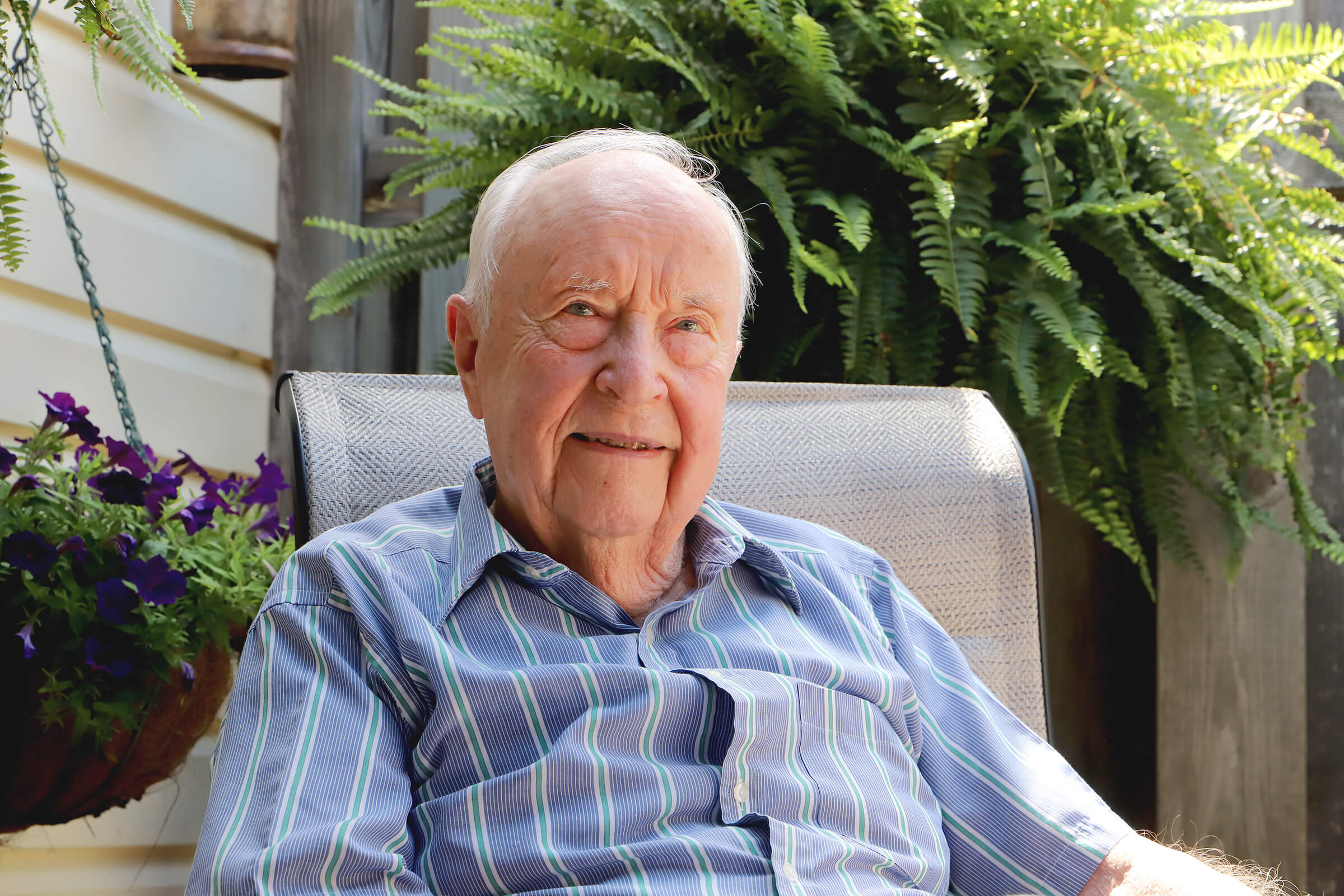 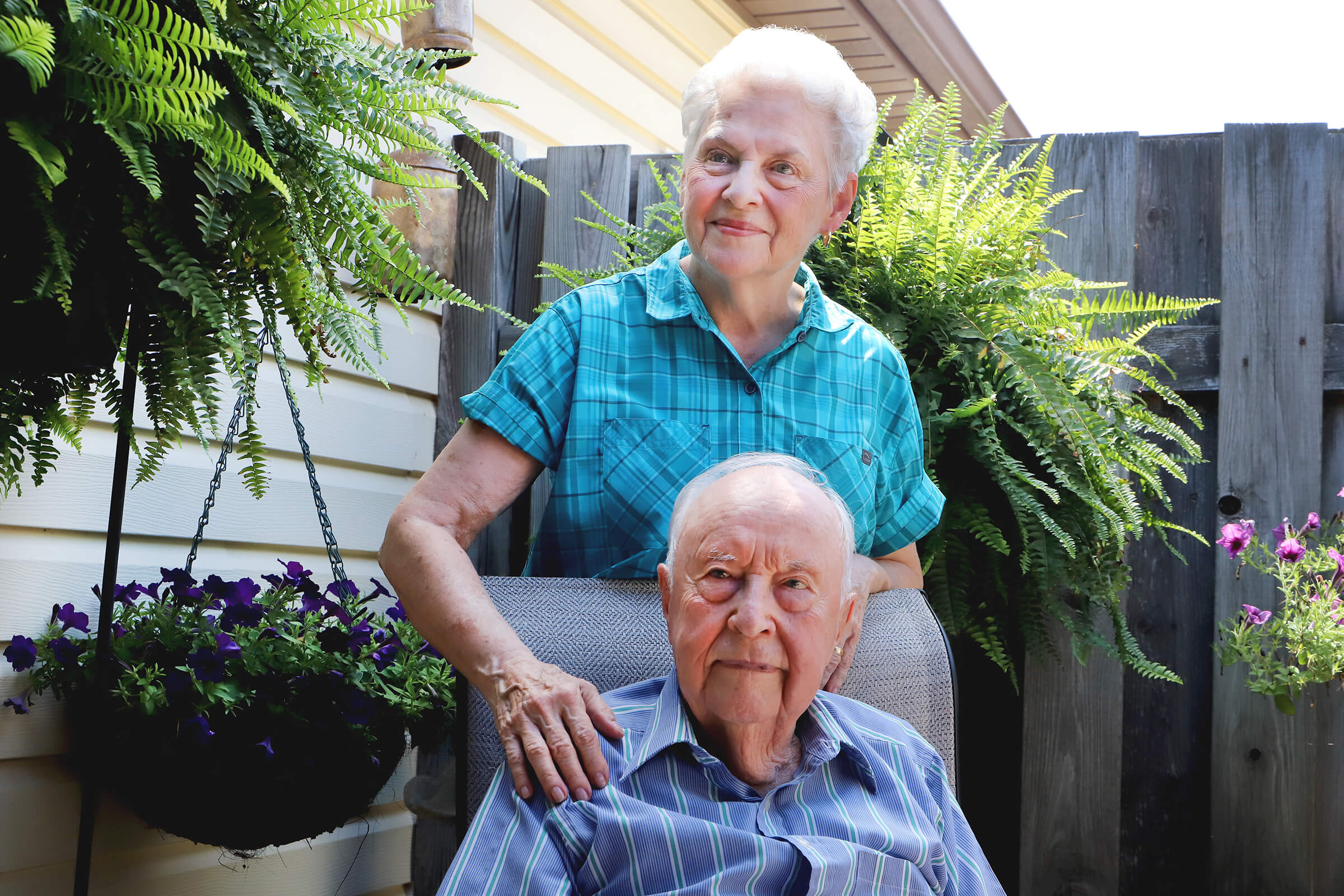 A New York native, the centenarian still lives with his beautiful 92-year-old wife, of 32 years, who has created a floral summer paradise in their home in Carlisle. When you talk with the couple you can’t help but feel the love in the room. Carl said he met Sylvia, his second wife, at a library and “it was love at first sight”. He has traveled the world with his lovely wife, detailing his trips to France, Italy, England – and perhaps closer to home, New Hampshire where he most recently met a dear friend who is 99. His first wife passed after a 15-year struggle with Alzheimer’s.

His secret to longevity, “it’s love, genes, exercise, and maybe a little luck,” said the author. Yes, he has penned an autobiography, Reflections and Memories – Part One, detailing the moments of his life during the 20th century.

Each morning, Carl gets up at 7:30, has a breakfast of blueberries and cereal, reads the New York Times, Washington Post, and then checks his email. Pride shines across his face as he talks of his six children, fourteen grandchildren, and nine great-grandchildren. He and Sylvia get to see the children at least once a year, but during COVID, their conversations with them were limited to Zoom.

Carl says he never really thinks about his age, and really, never thought about reaching 100. But we do! On behalf of the Cumberland County Board of Commissioners, Carl was honored with a certificate on Tuesday, August 16, by Kim Groome with Cumberland County Aging & Community Services. We wish you many more birthdays to come, Carl! 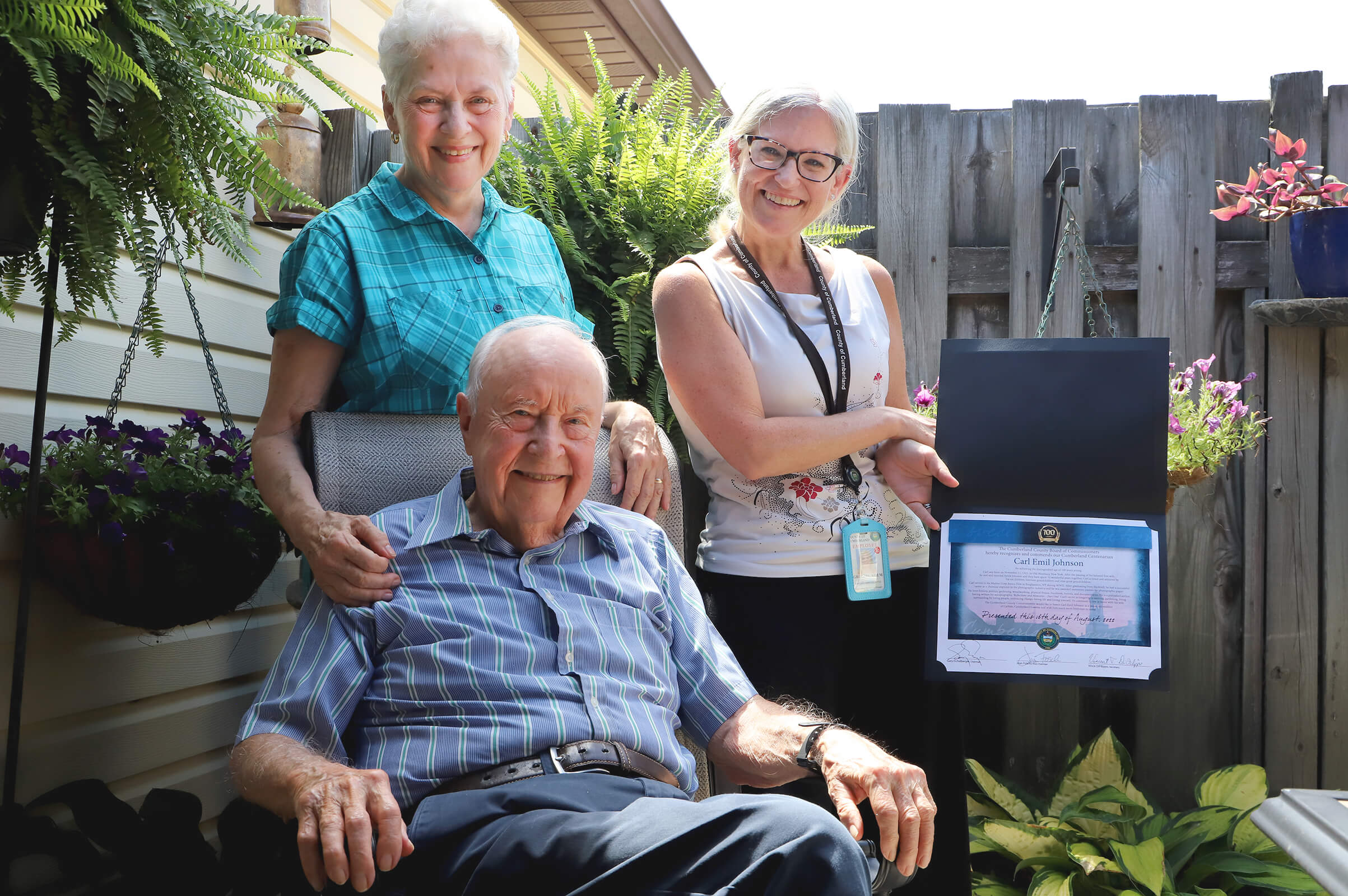